The Mean Streets of LA 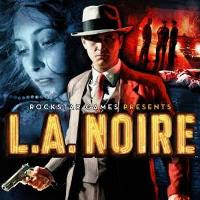 My wife and I have always enjoyed detective, cop, and murder mystery shows.  From old classics like Columbo, Murder She Wrote, and Hercule Poirot to more recent fair such as In Plain Sight, Psych, and Castle.  So when a game like LA Noire gets announced, it goes to my must buy list.

What's it like?  It's not like any other video game that's been published in the last 10 years, perhaps 20.  Let me explain...

About 20 minutes into the game I was reminded of the now nearly dead 'adventure game' genre made popular by titles like Sam & Max, Gabriel Knight, and Police Quest.  These games involve careful scrutiny of clues, discovering objects, and detailed conversation trees woven together with rich story telling.

I enjoyed the nostalgia, and as I played more, I realize this old style is mixed with very new video game techniques and technology.  Not only do you collect clues to piece together a puzzle, but then you must read the facial expressions of people you interview, determine if they are telling the truth, or catch them in a lie based on what you have uncovered.  Interview someone too soon, without the right evidence, and you'll get nothing.  Wait until you have the right details and then you can catch them in a lie and pin them to the wall.

This is made even more compelling by the state of the art facial scanning technology implemented in the game.  The characters facial expressions are startlingly accurate.  It is easy to forget that you are watching CGI and not real actors.  Again this reminds me of the mid 90's adventure video games when several titles experimented using captured video of real actors and sets.  This technique gives that same realistic feel, but the developers still have the freedom of fully rendered characters and environments.

After two or three cases, I started to feel like a detective.  Finding clues, grilling suspects, and badgering witnesses.  While there are a few high speed chases and gun fights to break up the detective work, at its core this is a game of research, conversation, and deduction.

This is not the traditional sand box game one might expect from Rock Star.  Gamers who've grown up almost entirely with 'twitch gaming' found in first person shooters and Grand Theft Auto won't find much familar here.   This is more "The Naked City" than "Lethal Weapon."  It is not for everyone.

However, if you enjoy a good murder mystery, television cop drama, or pulp detective novel, LA Noire is all these things distilled into a video game. My wife and I are enjoying playing the game together, starting a new case, learning the people, the evidence, the locations, and putting the pieces together.  It's like having a fresh cop show to watch each night.

Now if you'll excuse me, some dame's poor schlep of a husband just died in a hit and run.  Accident? Then why did his life insurance get doubled the day before?  The whole thing stinks like day old cheese.  And they say the traffic division is boring.
Posted by RW at 7:34 AM